Known as “The Sunshine Vitamin” because the body makes it with the help of the sun’s ultraviolet rays, Vitamin D regulates calcium and phosphate minerals in your system.

Regulating these minerals is important for maintaining healthy bones, controlling cell growth and preventing neuromuscular problems. Because of its role in keeping the body running effectively, vitamin D also reduces the effects of aging.

Vitamin D is rarely found naturally in foods. It is produced in our skin.

Ultraviolet light from the sun is needed for the reaction to occur. In the United Kingdom, the weather and northern latitude means that most people do not experience enough sunshine to produce enough vitamin D on their own.

The government ensures that milk, breads, cereals and chocolate bars are fortified with extra vitamin D, yet many people still do not get enough vitamin D from the foods they eat.

Vitamin D is readily available in tablet form and a daily supplement can help to improve health and reduce the risks of disease and aging. Here is a list of the top eleven reasons to pay attention to vitamin D. 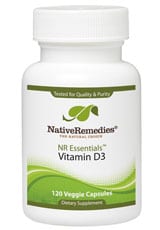 Studies show that there is an increased risk of mortality among people with low levels of vitamin D. Not getting enough vitamin D has been shown to result in premature aging.

for a few years now and that’s because it’s made of absolutely top quality natural ingredients and helps me absorb the calcium I need.

Before the discovery of vitamin D and its benefits, it was common for children to have deformities caused by weak bones. The legs of children with rickets would be curved outward and affect their ability to walk or run.

Often children with rickets would have to wear leg braces or use crutches. Today, thanks to vitamin D supplementation in milk and bread, rickets is practically unknown.

Vitamin D works with calcium to build bone mineral density in youth, and prevent the loss of bone density in the elderly and middle aged. Bone density is crucial to preventing fractures from falls.

Every year, thousands of elderly people are disabled by broken hips or shoulders after a fall, simply because their bones have become more brittle with age. When bone density gets too low, people can experience stress fractures from taking an awkward step or by walking quickly.

Vitamin D and calcium not only strengthen the bones to reduce the occurrence of fractures; they also help bones to heal quickly after the fracture occurs.

4. Reduces the Risk of Multiple Sclerosis

Experts have found that multiple sclerosis occurs less often among people that receive vitamin D supplementation and more frequently among people with low levels of vitamin D in their blood. Scientists are still working to understand the reasons but it may be related to the role that vitamin D plays in cell division and the nervous system.

Women who take vitamin D supplements during pregnancy are less likely to develop gestational diabetes or preeclampsia, both diseases that can seriously affect the mother’s and the baby’s health.

Vitamin D has been shown to influence the success of dieters. One American study measured the vitamin D levels of dieters before they started their weight loss regime.

They found that the amount of vitamin D in a person’s blood was an accurate predictor of how successful they would be at losing weight. The healthier the person’s vitamin D intake, the more likely they were to lose weight. 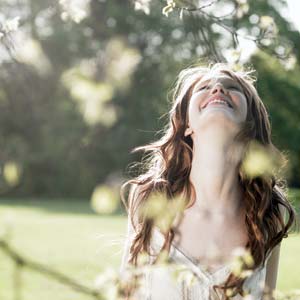 Because vitamin D helps the flow of calcium and phosphorus in the blood system, it also helps to control an often undiagnosed condition called hypocalcemic tetany.

Hypocalcemic tetany occurs when the nervous system does not get enough calcium and it results in overactive neurological reflexes.

A person with this condition may experience muscle cramps or spasms, particularly in the feet and hands. Sufferers are often kept awake by a feeling of unease and a need to fidget.

Often the voice is affected because of spasms in the larynx. Vitamin D, when combined with a healthy calcium supplement, prevents this condition.

A study of over six hundred children in Costa Rica showed that vitamin D reduced asthma symptoms. It did not cure the asthma; however it did reduce the severity of symptoms and frequency of attacks.

Experts recommend taking vitamin D supplements to protect against low levels of radiation. Of course, preventing exposure to radiation is always advisable, but if you work with radioactive technology or are undergoing medical tests, a vitamin D supplement can help to reduce the risks.

Vitamin D has been found to substantially reduce the risk of developing many types of cancer. This may be because of the role vitamin D plays in maintaining phosphorus levels, which is an important aspect of healthy cell division and growth.

The body converts vitamin D to calcitriol, a substance that is used by cells in the immune system to communicate with each other. This helps to give the immune system a boost, reacting better and faster to foreign proteins, viruses and disease.

Calcitriol plays a role in blocking T-cells from attacking the body’s own tissues. There are other factors that cause autoimmune diseases, but a healthy dose of vitamin D is known to help reduce symptoms.