Top 10 Omega 3 Foods To Add To Your Diet

Omega 3 is a beneficial type of fat that can be found in marine sources, as well as certain green, leafy plants.

This type of fat is essential for the functioning of the human body, but is not made within the body, so must be ingested in adequate amounts through dietary means.

This is why they are known as “essential fatty acids”. 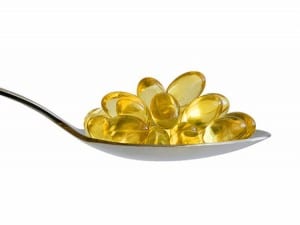 The benefits of Omega 3 have been known for some time; in the 1990’s studies led to a greater understanding and awareness of the health benefitting properties of this type of fat.

Research shows consumption of Omega 3 may decrease the risk of coronary heart disease, and that the oil plays a vital role in the growth and development of the nerves, eyes and brain. Further research may reveal more about Omega 3, as scientists are studying the anti inflammatory effect of the oil, as well as the fact that it may have the potential to help patients with depression or mental health disorders.

This article shows 10 popular Omega 3 rich foods that can be easily added to your diet.

Top 10 Omega 3 Foods To Add To Your Diet

It is commonly believed that two or three portions of oily fish a week can have a beneficial effect on health. Salmon contains the n-3 eicosapentaenoic acid, or EPA and docosahexanoic acid, or DHA, which have been shown to reduce the tendency of blood to clot and therefore may be beneficial in preventing strokes and coronary heart disease.

Salmon is also a useful source of B vitamins and minerals such as potassium, selenium and iodine. There are many ways to incorporate salmon into the diet.

It can be canned, smoked, or cooked by grilling or poaching. It is easy to add salmon as an ingredient in a wide variety of dishes.

Cloves are a spice made from dried out, aromatic tree buds from a tree in the Myrtle family. Cloves come from Indonesia, India, Sri Lanka and Pakistan.

Cloves are traditionally used in Indian cooking, as an ingredient in Garam Masala. They are also a popular ingredient in Mexican, Vietnamese and American cookery, where they can be used as a sweet spice to liven up pumpkin bread or cakes.

Cloves are often used together with nutmeg and cinnamon. Ground cloves contain 4279mg of Omega 3 per 100g.

Cauliflower is a member of the Brassica family. The green leaves are discarded and the white head, or flower is cooked and eaten.

There are lots of different ways to eat cauliflower. It can be eaten raw and used in dips, or boiled, steamed or fried.

Cauliflower florets are used in the popular dish cauliflower cheese, as the cheese sauce compliments the flavour of the cauliflower. It is best to sauté cauliflower for the best nutrient preservation.

Flaxseed oil has the largest ratio of Omega 3 of any food, at a massive 53304mg of Omega 3 per 100g of oil, making it one of the best ways to ingest an adequate amount of essential fatty acids.

Flaxseed oil is also known as linseed oil, and is yellow coloured oil which is harvested from the dried seeds of the flax plant, which are cold pressed to extract the oil.

Flaxseed oil is not suitable for use in cooking, as it has a low smoke point and is quite volatile, but it can be taken as a dietary supplement or whisked into a smoothie along with fruits and other ingredients. It could also be mixed in with margarine to make a healthy spread for bread and toast, or used as a base for salad dressings by mixing it with a few basic ingredients such as lemon juice, balsamic vinegar, mustard and spices.

It can also be drizzled over pasta dishes or cereal.

Walnuts are another excellent source of omega 3, containing 9079mg of Omega 3 per 100g of walnuts. Walnuts can be eaten raw or lightly toasted, or used as an ingredient in salads, cakes, biscuits or muesli.

They go particularly well with apple, celery and raisins in a Waldorf salad.

Like salmon, mackerel is classed as an oily fish, and is therefore particularly high in Omega 3.

100g of mackerel contains 2070mg of Omega 3. Mackerel is a versatile fish and can be cooked in many different ways.

It can be canned, smoked, fried or grilled, as well as being used as an ingredient in pies and pastry parcels, added to salads, pates, fish cakes, and pasta or risotto dishes. It goes well with a variety of ingredients, such as beetroot, horseradish and creamy potatoes, to name but a few.

The oil can be used in cooking and salads. Soy milk can be used in drinks or further processed to make tofu and tofu skin, soy yoghurt, cheese and ice cream. Soybeans can also be fermented to make soy sauce, tempeh, bean paste and natto.

Ground soybeans are used to make soy flour. This versatile ingredient is easy to incorporate in the diet due to the wide variety of culinary applications that it has.

Basil is a popular herb used in Italian cookery, although the herb originates from India. The best way to cook basil is to use it fresh in dishes and ad it at the last minute, as cooking can diminish the flavour of the herb.

It can also be dried for convenience. Basil has many health giving properties.

It has antimicrobial, antioxidant and antiviral properties, and much research is being undertaken to see whether it could potentially be used to treat cancer. It contains 315mg of Omega 3 per 100g.

Basil goes well in pasta dishes, quiches, tomato based soups, ciabatta and tarts. Basil also goes well as an ingredient for a sauce for salmon, which is also very high in Omega 3.

Brussels’ sprouts are also members of the Brassica family, like cabbage, broccoli and cauliflower. The secret to cooking Brussels’ sprouts well is to not overcook them, which can make them mushy and unpalatable.

Lightly steaming or frying them produces the best results. Brussels’ sprouts can be used as a side dish, and go particularly well with hazelnuts and orange butter, which tempers the flavour.

Bacon is another ingredient that goes particularly well with Brussels’ sprouts, especially if they are fried together in the same pan. Alternatively, the sprouts can be cooked and mashed into potato, or used in a Bubble and squeak dish.

Caviar is high in Omega 3, containing 6789mg per 100g. Although certain types of caviar are expensive and out of the reach of most people, cheaper alternatives, such as smoked cod roe, whitefish, carp or lumpsucker caviar are also high in essential fatty acids.

Hopefully, the 10 examples in this article show that it is easy to obtain an adequate intake of Omega 3 by eating wholesome and tasty foods, such as oily fish, nuts or plants from the Brassica family, as well as using oils high in Omega 3, for example soybean oil or flaxseed oil, which can be easily added to salads and cereals.

The health benefits of Omega 3 in the diet are well documented, with new health benefits being discovered all the time as scientists continue to research these valuable, essential fatty acids and their role within the human body.